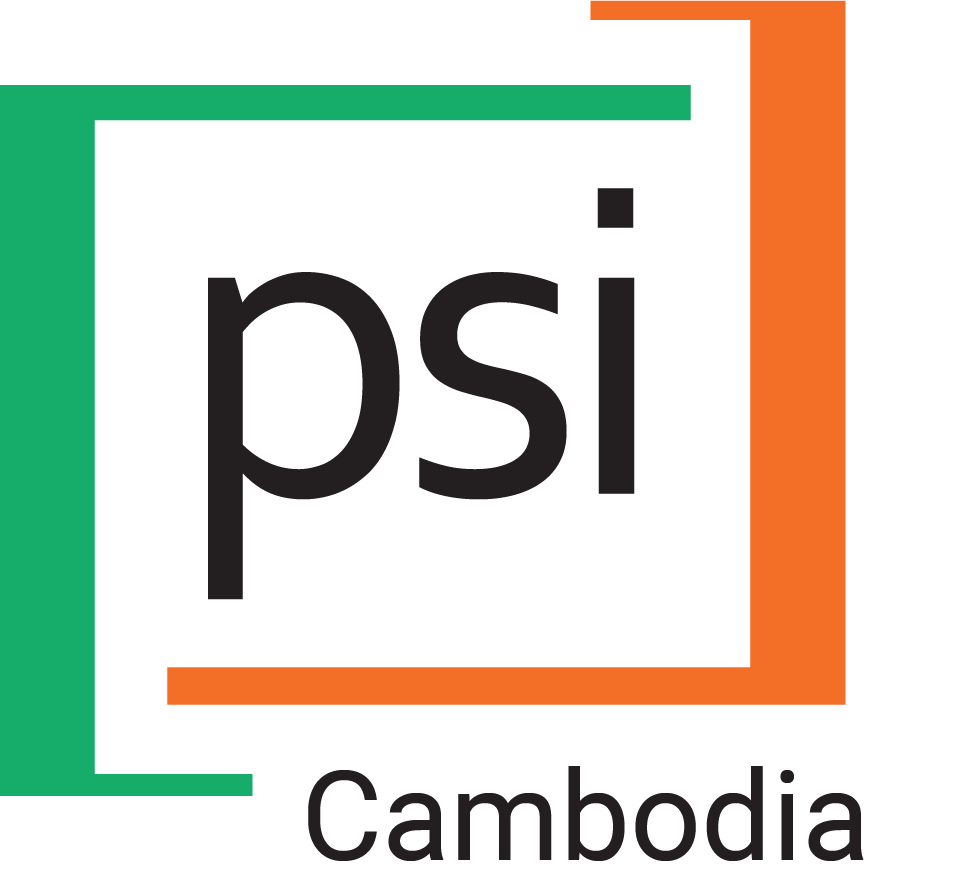 Globally, unsafe abortions are responsible for 13% of maternal deaths.1 In 2000, Cambodia’s maternal mortality rate was one of the highest in the region at 437 deaths per 100,000 live births, with maternal deaths linked predominantly to complications from unsafe abortions, eclampsia, and hemorrhage. Despite the legalization of abortion in 1997, safe abortion remained out of reach for many women due to excessive and erratic fees, limited availability of high-quality abortion services from trained providers, limited supplies, and drugs of unknown or dubious quality.

Since then, sustained efforts by the Royal Government of Cambodia and key partners have achieved remarkable progress in expanding access to safe abortion and, as a result, by 2014 the maternal mortality rate had dropped to 170 deaths out of 100,000 live births.

WHP was implemented by Population Services International/Cambodia (PSI/C) from 2008-2020 and played a pivotal role in developing a sustainable market for medication abortion (MA) and increasing access to safe abortion and post-abortion family planning (PAFP) in Cambodia.

combipacks of MA distributed, since 2009

women referred through IPC for safe abortion, since 2017

post-abortion women referred for PAPF through IPC, since 2014

network and non-network providers trained on pregnancy options since 2008

providers and pharmacists received at least one provider behavior change communication (PBCC) intervention on MA, since 2010

In 2009, PSI/C research found that 87% of the abortion drugs on the market were manufactured in China, with packaging and instructions in Chinese, and 19% of drugs did not have the correct active ingredients to properly induce an abortion.

As of December 2019, 2,884 outlets across 94% of Cambodia’s districts had a PSI/C MA product in stock. The expansion of safe, quality-assured, and legally registered MA products into the market significantly decreased the use of unsafe abortion products — with the availability of abortion products manufactured in China containing instructions in Chinese decreasing from 2% in 2013 to zero by 2018 (Graph 2). 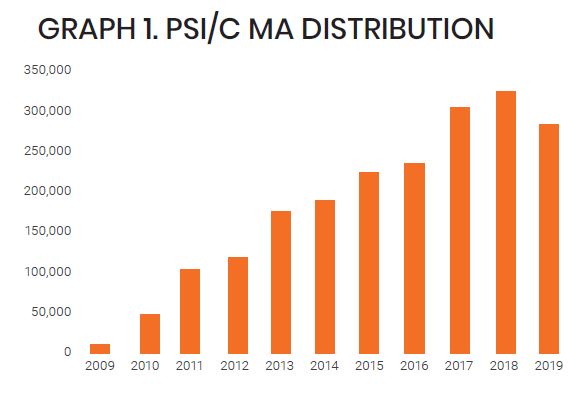 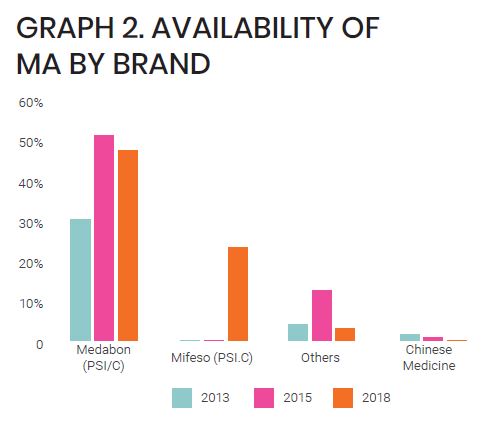 Creating a Sustainable Market for MA

With donor trends shifting away from subsidizing health commodities, it is imperative to have stable, established, sustainable markets in place to provide continued access to high-quality MA products.

In 2010, PSI/C introduced Medabon® at a highly subsidized price that ensured wholesaler margins were comparable with the unregistered and low-quality MA products already on the market. Since then, Medabon® has experienced year-over-year sales growth, accompanied by gradual price increases, and achieved cost recovery for the cost of goods sold8 in 2016.

As of 2020, Medabon® and Mifeso® were incorporated into the Enterprise Fund, PSI/C’s social enterprise which applies commercial principles to create a sustainable commodity supply chain and deliver sustained health impact. As part of the Enterprise Fund’s portfolio, both products will continue to be available to women across Cambodia, through multiple points of sale, beyond project close out.

SBCC activities were critical in increasing access to information on safe abortion and connecting women with the services they need.

3-2-1 Service: In 2016, PSI/C produced a series of pre-recorded audio messages for Viamo’s Interactive Voice Response Service, 3-2-1, to increase access to information on safe abortion and family planning. As of July 2020, the 3-2-1 Service had received over 13,130 calls.

Youth-Friendly Facebook Page: Samphors Pannha has earned over 20,000 likes and more than 21,000 followers.

Audio Drama: PSI/C produced a 16-episode audio drama titled “Two Sisters, One Dream, and a Deeply-Buried Secret” and shared it across mass media, the 3-2-1 Service, and social media. Since the audio drama launched on the 3-2-1 Service in 2019, there has been a significant increase in the number of callers o the hotline, increasing from 559 callers in 2018 to over 8,000 in 2019.

Since 2017, over 1,440 women were referred through IPC for safe abortion services.

The majority (84%) were referred to network providers and 15% were referred to public sector providers.
CM and IPC agents also followed up with women who recently had an abortion, to provide them with support and counseling on return to fertility.

EXPANDING ACCESS TO PAFP THROUGH THE MA MOBILE APP

To further expand access to PAFP, PSI/C developed and piloted a smartphone app that connects consumers who purchased a PSI/C brand of MA from a pharmacy to a private provider for follow-up care and contraceptive counseling.

By leveraging technology to link consumers and existing health care providers, the smartphone app makes it easy for consumers to access the information, products, and services they need to make informed family planning decisions.

Expanding MA to the Health Center level has the potential to vastly increase access to safe abortion, particularly for women in rural areas. To inform the roll out of MA services to Health Centers across the country PSI/C, Marie Stopes International, Sugar Palm Foundation, and Clinton Health Access Initiative partnered to implement the MA at Health Centers Demonstration.

Findings from the demonstration clearly show that MA provision at the Health Center level can be implemented safely, effectively, and at an affordable cost to clients.

Across all four organizations:

With support from WHP:

WHP was made possible through generous donor support and in partnership with key stakeholders.

PSI/C wishes to thank the Royal Government of Cambodia and local partners for over a decade of support and close collaboration. PSI/C would also like to thank each Sun Quality Health Network provider for their commitment to high-quality services and dedication to improving the health of Cambodian women. Finally, thank you to the entire PSI team for their invaluable technical support. 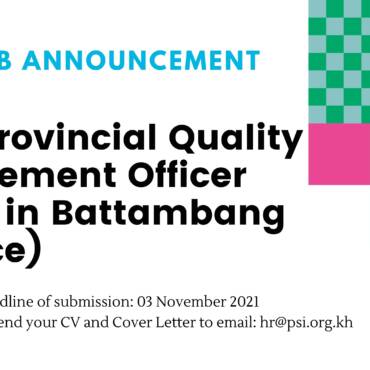 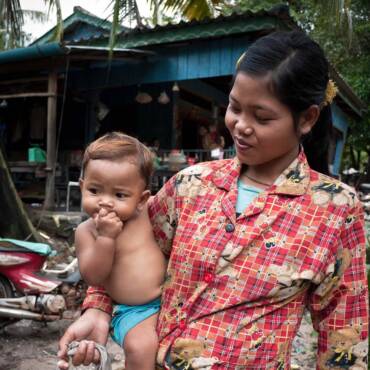 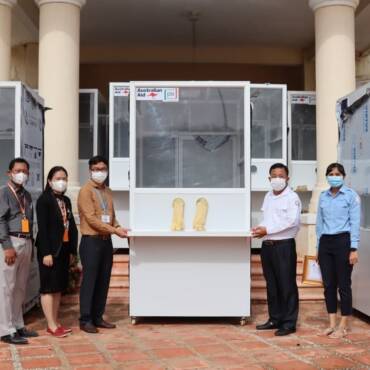